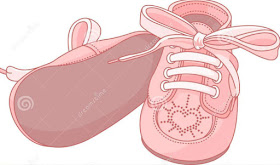 He was only vaguely aware of the rest of the evening as the previous events seem to cloud his vision. As a physician, he was no stranger to death but this was different. This was personal, and he had been helpless. It was a realization that made him admire his fellow soldiers and first responders who dealt with that situation on an almost daily basis. As he held Lydia, he observed, almost as from a great distance, the paramedics pry open the driver’s side door and reverently remove the young woman. Per protocol, resuscitation efforts were started, but he knew instinctively that their efforts would be in vain. He was suddenly overcome with a sense of grief. He didn’t even know her name.

“Was the baby hers?” a sudden deep voice suddenly shocked him back to reality. Standing I front of him was a local policeman, taller than him with a spotless deep blue uniform.
“Yes,” he responded.
“We’re trying to contact family now.”
“She told me she didn’t have any. She was pretty adamant about it.”
“Well, there’s always someone. Did you happen to see what happened?”
“No. Everything had already happened by the time I got here. She was able to tell me that she swerved trying to avoid a deer when she lost control of the car. She was pinned inside and there wasn’t anything I could do. The baby, thankfully, was fine.”
“So what do you plan to do now, Doc?“
He took a moment to look at the small child in his arms.
“I’m not sure. She asked me to take care of Lydia.  I owe her at least that.”
“Well, that’s a very nice sentiment but we're still going to have to do this by the book. We can’t just go handing babies out to everyone.”
“No problem there. My wife and I were approved for the foster program before she died. We didn’t have children of our own.”
The office looked up form his notebook.
“I’m sorry to hear that; about your wife.”
“Thank you. It was a little over a year ago.”
“Was it an accident, if you don’t mind me asking?”
The doctor shook his head.
“No. It was cancer.”
The officer nodded his head compassionately.
“Well, all I know is that she’s quiet right now, but that’s not going to last. It’s late and she’ll soon need a change, a bottle and some sleep before it’s all over.”
“I don’t have any of those things at my house,” the doctor responded. “But I’ve got plenty of folks back at the hospital that could help me out, at least for tonight. Just clear it with the judge so it’s all official. Here’s my license. I’m sure he’s going to love you waking him up.“
The officer smiled in agreement as he reached for his phone. While he gave the appropriate information to the judge, the doctor took Lydia back over to the smashed remains of the car and lifted her car seat through the back window. Opening the rear door of his truck, he reinstalled the car seat using his free hand. Soon, Lydia was safely strapped back in. She begin to whimper and rub her eyes as the lateness of the night and the trauma she had sustained begin to settle in.
“Here’s you a blanket,“ the officer handed him the blanket and his license as the doctor snapped the last strap in place. “ Looks like you check out. We haven’t been able to locate any relatives as of yet so it looks like you’ll have her at least for tonight. You’ll be hearing more from the powers that be tomorrow, I’m sure.“
Turning back to his truck, he draped the blanket over Lydia’s legs and noticed that she had begun to whimper even more as large tears begin to well up in her soft eyes.
“I know, “ he responded compassionately. “I’m so sorry. I’m sorry that your mommy can’t be here for you now. I’m sorry that you don’t know me and all of this is very strange to you. I’m sure nothing feels right. Maybe it’s for the best that you’re too young to remember.  Someday, when you’re older, maybe we can explain this to you where it will make some sense, but I can’t make you any promises about that. There’s still so much I don’t understand myself. What I can promise you is that I won’t leave you. I gave your mommy my word.  I’m with you for as long as God lets me stay.”
Tucking in the blanket securely, he gently closed the back door and then climbed into the driver’s seat. He then looked back to check the security of the seat one last time.
"And tomorrow, I'll take you to the playground."
The engine roared to life once again and, humming the tune to “This Little Light of Mine,” he turned his truck back in the direction of the hospital.