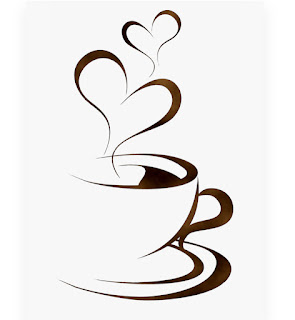 Valentine’s Day had arrived as it did every year, but with each successive holiday the day seemed to carry less relevance to the young barista as she rechecked the coffee makers one final time in the moments before the doors of the coffee shop opened and customers began to roll in. All seemed to be in order as the aroma of the varied blends began to fill the shop with their welcoming scents. The fresh pastries were all arranged in an appetizing manner and the counter and surrounding tables were spotless.

Folding her cleaning cloth, she inhaled deeply and stared momentarily out the front windows of the shop into the predawn darkness. She tried to fill her mind with the temporary peace of the scene but no lasting calm was to be found. Organizing the shop seemed so simple, so why had organizing her life proven so complex? Her thoughts strayed to the start of that morning, her bedside alarm sounding at an insanely early hour. Rolling out of bed to the annoyed grunting of her partner she rose through the haze of old cigarette smoke and stumbled to the bathroom. No sentimental cards or bouquets awaited her in the early morning silence. The handle squeaked as the faucet turned and water began to trickle from the spout into the sink below. Letting the warm water run between her fingers she then allowed it to pool in her cupped palms before splashing her face and attempting to rub the sleep from her eyes. Suddenly aware of the rawness of her nerves as she faced yet another day, her eyes had settled on the half empty glass of whiskey on the counter. She briefly stared at her reflection in the mirror above the sink, the water dripping down her cheeks and onto her chin. Swiftly she reached out and downed what was left in the glass.  No one had to know.

Her mind drifted back to the present as the sudden opening of the shop’s front door and the associated ringing of the bells attached to the top of its frame grabbed her attention. Placing the folded cleaning cloth out of sight on the back counter, she turned to meet her first customer, forcing a smile while doing so.

She knew almost all of her regular customers, yet the younger man who crossed the floor on his way to the front counter was unfamiliar to her. He was of average height, not too tall or too short with a broad, genuine smile that shone through his olive skin and neatly trimmed beard. He was dressed in a red flannel shirt and jeans, all faded but clean and neat. His work boots came to a halt on the engineered wood floor before greeting the barista warmly and studying the menu.

“Let me ask you a strange question,” he began, the smile never fading. “You wouldn’t happen to sell any Turkish coffee would you?”

It was the first time the barista had heard such a request.

His expression revealed only minor disappointment.

“I figured so,” he responded. “Just thought I’d ask. It’s kind of nostalgic for me since so many people back home drink it. It’s strong, though, and definitely not for the faint of heart.”

She was preparing to dig deeper into her new customer’s request but he continued his order before she had the opportunity.

“In that case, give me the strongest roast in the house.”

“Alright, then. Coming right up. Any milk, sugar or creamer?”

“What? And mess it up?” he replied with an even bigger grin.

The barista turned to the back counter and began to prepare the shop’s strongest blend. As the rich aroma rise from the grinder, her new customer continued to speak.

“You know, I was just thinking,” he began motioning to all of the coffee makers. “I’ll bet it would be nice to have one of those that was always full of coffee. You know, one that  never needed to be refilled or cleaned.”

“I suppose it would,” she responded.

“I mean, coffee is such a staple of life,” he continued as he leaned on the counter. “Imagine all the goodness and happiness that it brings to people and then imagine it coming from a source that never runs dry.”

“Are you sure you’re just talking about coffee?”

“Ah, you’re very perceptive,” the man replied with a continued grin as he wagged his finger at the barista. “But when you think about it, happiness does have a tendency to run dry doesn’t it?”

“Or never comes at all,” the barista replied but regretting her words almost immediately.

The customer looked compassionately at the barista almost as if he could sense the longings that remained voiceless within her.

“You know,” he began again after a moment. “I know where you can get coffee unlike any other, but that will never run dry.”

“Show me that and I’ll never have to work again.”

“Now, wouldn’t that be nice, Rachel?”

The barista turned at the unexpected sound of her name.

The customer was already pointing at her name badge.

“Oh, yeah, I forgot…” Rachel replied with a shade of crimson creeping onto her cheeks.

“But seriously, Rachel, I know exactly where you can find joy that never ends. A joy way better than coffee.”

She was vaguely intrigued.

“Now where would that be?”

“Well,” he began. “Why don’t you bring your husband with you to church at the chapel down on the corner this Sunday?”

She paused before responding.

“You’d just get a visit from me alone, I’m afraid. You see, I don’t have a husband.”

The customer’s countenance suddenly changed as he made eye contact with the slightly embarrassed barista. His face held an expression that Rachel found hard to describe and yet which she found to be completely benevolent. Buried within the kind features seemed to shine a knowledge which far exceeded what she would have expected from someone dressed in the manner of the customer.

“You’re right, Rachel,” he responded with a note of sadness. “You’re not married, and the man you live with now refuses to give you the dignity of his last name.”

There was not a hint of ill will in his voice. Only compassion.

“Who are you?” she asked as her hands began to tremble. “And how do you know…”

“But there is One,” he gently interrupted. “Who is closer than a brother, and He has always been there.”

God? Could this stranger actually be talking about God? The God she knew, if He existed at all, had long since fled the disaster of her life. Rachel was sure that He wanted nothing to do with her and, if she was honest, a distinct sense of fear, or perhaps even dread accompanied the thought of Him.

“Rachel, Rachel,” the customer continued compassionately. “You are worried about a great many things.”

He shrugged his shoulders as if considering all points of view.

“And, if you listen to the noise of the world about you, many would say you have every right to be worried about all of those things. After all, isn’t the whole world chasing after those things that they spend their entire lives worrying about?”

Rachel found herself speechless but astonished at the simplicity and yet depth of the customer’s wisdom.

“But, if we’re honest, all of those anxiety producing things are passing away, just like all of your excellent coffee.”

Rachel slowly passed the steaming cup of black coffee to the customer as he reached into his pocket and placed several bills on the counter which were far in excess of the price of his purchase.

“There’s only one thing that needs attention, when you really think about it.”

The customer took his first sip of coffee and his expression revealed his approval.

“And what is that?” came the curious response.

“But I am free,” Rachel protested.

“You’re not free,” the customer responded while once again expressing a hope that Rachel had not yet realized.

The customer sipped his coffee once more.

“Now that’s just the way I like it. Strong enough to float an iron wedge. Turkish coffee still has first place in my heart, though.”

The customer turned to leave and, although she could not explain the cause, Rachel felt sadness in his departure.

“So,” Rachel called out just as the customer reached the door. “Are you telling me that God actually wants to rebuild my life? I mean, put all these pieces back together and maybe even give me a place called home?”

The customer opened the door and set one foot outside the door before turning briskly back toward Rachel as if he had forgotten something.

“Oh, it almost slipped my mind. I have a good friend named John, and he wrote a book, well actually he co-wrote several, and you’ll find them near the back of that bigger book you keep in your night stand.”

He backed slowly out the door.

“You’ll find the Carpenter there…”

Rachel’s arm reached out instinctively to turn off the bedside alarm on her clock radio. So much for a car alarm, Rachel thought, as she suddenly remembered the noise from her dream. In spite of the jolted awakening, there was a lingering sense of peace that compelled Rachel to remain in bed to savor the ebbing sensation.

Remembering the last words of the mysterious customer, she sat up gently and opened the drawer of the night stand to find the book that had been her grandmother’s long ago. Scooping it out of the drawer, she tiptoed into the bathroom and flipped on the light. Her attention was broken momentarily by the half full glass sitting on the counter, but she ignored it and instead sat on the edge of the tub and flipped toward the last third of the book. The book with John’s name appeared underneath her fingers and she gazed down at the opening words.

In Him was life. She held the book in her embrace in the stillness of that early morning Valentine’s Day and allowed those words to settle over the rawness of her anxieties. Then, looking once more at the glass on the counter, she picked it up and poured the contents into the sink.

It had always seemed a little sacrilegious to commence an invasion on Easter morning, the marine sergeant mused as his boots kicked up ... 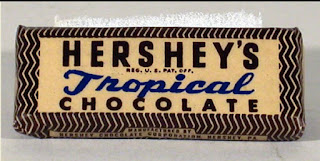