A Funeral for a Sparrow 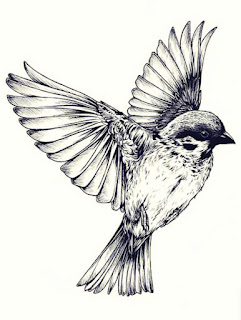 “You get out of my yard!” the sudden boom of his father's voice echoed inside the garage and startled them both. The kitten, likewise, shrunk down in a defensive stance.
“What are you yelling at?” inquired the boy’s mother.
“It’s the Pearson’s dog again!” his father responded. “That stupid dog is about to eat me out of house and home. He somehow keeps getting out of his pen and then he wanders down here.”
His father then entered the garage and stopped suddenly as he instinctively sensed the presence of a new creature. His eyes then settled upon the diminutive animal nestled on the floor next to the boy.
“And exactly what is that?”
“I found him on the back road.”
“We already have too many cats as it is.”
“I’ll take complete care of him. You won’t have to do anything. He can stay outside and I’ll make him a place to sleep.”
“Listen, it’s not that I’m trying to be cruel, but he’s obviously sick and who knows what his vet bills  will be when it’s all said and done.”
“I can pay them", the boy promised. "I can use all my birthday money and I can always find jobs to do to make extra money.”
The boy’s father could tell immediately by the expression on his son’s face that he was fighting a losing battle. Also, something about the little abandoned kitten tugged at his own heart strings and so his demeanor softened and his shoulders relaxed.
“All right,” his father responded. “But just remember that I expect all of your schoolwork and chores to be done first.”
“They will! I promise.”
“Oh,” his father responded with a smirk as he turned to go. “And please remember that I would prefer that you not write ‘Here Lies the Cat Man’ on my tombstone.”

The boy began to work diligently to care for his new friend as soon as he had received permission from his father. He found an empty cardboard box and used his mother’s sewing scissors to cut off the top. He then lined the inside of the box with an old, but clean towel that his father sometimes used to dry the car. He placed the kitten onto its new bed so that it could get familiar with it surroundings.
“See, it’s all yours,” he encouraged as he scratched its tiny head.

His biggest concern involved feeding the kitten. Immediately upon bringing it home, the boy had offered the kitten water in a bowl along with some crushed dry cat food that the other cats ate. The kitten lapped up the water quickly and tried to eat the dry cat food as well but would inevitably not be able to keep it down.
“It may just be because he’s malnourished,” his mother advised. “Or it may just be because he’s so little and his system can’t handle adult food.”
“What should I feed him?”
“Well, we used to give goat’s milk to young kittens without a mother. Ms. Nichols at the end of our road has goats, so she might let you have some. At least until he can eat more solid food.”

His mother gave him a quick ride down to Ms. Nichols' house where the elderly woman was more than happy to share her goat milk as she was quick to tell the boy that she already had more of it than she knew what to do with. He offered to pay her for the milk, but she assured him that was not necessary and that what he was doing was an honorable thing. As soon as the boy poured some of the milk into a saucer, the kitten began to hungrily lap it up. Much to the little boy’s relief, the little ball of fur seemed to be able to keep the milk down without any problem.

Over the next several days, the young boy kept his promises to all of the involved parties. First of all, he made sure that all of his homework and chores were done just as he had always been required to do. In addition to that, the little boy made sure that his kitten was cared for as well. He made sure that it had plenty to eat and drink. He always made sure that it had a clean place to sleep. In addition to that, the boy would spend most of his afternoons playing with the kitten under the garage. He would pick it up in his arms and stroke it while he listened to its tiny but robust purring. As its nutrition improved, the kitten’s energy begin to improve as well and he especially loved to chase the strings of yarn that the boy would drag behind him along the garage floor. No matter the challenges that the young boy faced at school, he always could look forward to arriving home and stepping off of the bus to see the small furry head peeking out to greet its new master.

So, the young boy found it particularly unusual when he hopped off the bus on a sunny Thursday afternoon and found no furry face waiting to greet him. He entered the garage and looked into the kitten’s bed, but it too was empty. The water bowl and food dish remained half full. He got down on his knees to look beneath all of the vehicles and appliances but still he found nothing. He then walked outside but could find no trace of the little animal even after calling it repeatedly. His parents soon arrived home from work and, seeing his concern, joined in the search. His father, having much more experience searching for lost animals, begin to search places further from the house, while the young man continue to search in the typical places where he and the kitten had played.

It was late in the afternoon and getting close to suppertime when the boy saw his father returning from his search. He was walking slowly,  his hands thrust deeply into the pockets of his jeans. The boy stopped his search as an increasing feeling of dread begin to wash over him. His father walked over to his side and looked down at him with a look of compassion, finding himself at a loss for words.
“Did you find him?”
His father nodded slowly.
“I found out what happened to him.“
There was a tremble in his father’s voice. The boy could not find the courage to ask the obvious question.
“It was the dog. The Pearson’s.”
A vision of the escaped dog that frequently roamed uninvited through his family’s yard flashed through his mind. The boy would not accept it. The kitten had never harmed anyone. Why couldn’t the dog have left it alone?
“I’m so sorry.”
Unable to hold back the tears any longer, the boy sprinted off into the woods hoping to find some solace among the trees.
“You should go after him," his mother stated quietly.
“I will,” his father responded. “But I’ll give him a few minutes first. He at least deserves that.“

Through tear-dimmed vision, the boy finally made his way through the darkness of the woods and into the brightness of the open field where he had first found the kitten. With the setting sun casting long shadows through the broom straw, the boy collapsed on the ground and begin to trace pictures with his finger into the sandy soil. He could still see the neglected animal wobbling through the underbrush and his ears were still filled with the sound of his tiny cry. The evening breeze swirled through the broom straw, but the boy soon became aware of another sound as he hear his father‘s familiar footsteps approaching from the direction from which he had just come. With his head hung low, the boy could see his father's feet come and stand beside him before he knelt down and sat beside his son. Out of respect for the boy's grief, he said nothing but with closed eyes raised his face to heaven to bask in the last light of the fading day.

“I remember," his father began when the time was right. "Something that my father told me right after the passing of my sister. I was just a boy. He told me to look out across the field and try to count the tiny sparrows that were fluttering about in the underbrush. He explained to me that nobody really pays them any attention. For all practical purposes they are ignored and insignificant. For most people they might as well not even exist. Yet, he went on to say, God attends the funeral of every single sparrow that falls to the ground, never to fly again. And He attends them alone, for no one else cares to go.”
The boy looked up for the first time, his cheeks stained with tears.
“So, now you have a choice to make. You can choose to be bitter and hate all dogs and swear vengeance on them wherever you go. You can blame the Pearson's. You can blame God for taking away something that was precious to you; a little defenseless thing that you were trying your best to help."
His father paused momentarily.
"Or, instead, you can choose to envision the God of the universe kneeling down to attend the funeral of a helpless kitten.”
The little boy wrapped his arms around his father and pressed his face deeply into his chest, his muffled sobs joining the music of the evening wind in the surrounding pines. His father compassionately stroked his hair.
“You're going to make it. Don’t be afraid. You are worth more than many sparrows.”

The following day, with the sadness still lingering, the little boy hopped off the bus into the parking lot and, after adjusting his backpack, begin to cross the parking lot toward the entrance to the school. As he did so, a single sparrow unexpectedly hopped out from behind one of the teacher’s cars and stopped directly in his path. It stayed there momentarily before tilting its head slightly to the side as it investigated the boy in front of it. An unexpected smile crossed the boy’s face.
“I understand,” he said quietly.
With that, the tiny bird spread its wings and fluttered away into the vast blue of the October sky. 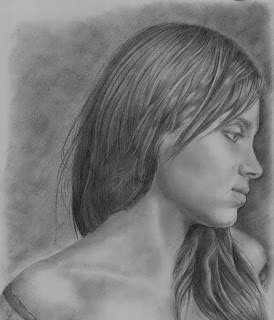