An Acre of Peace- Part 2 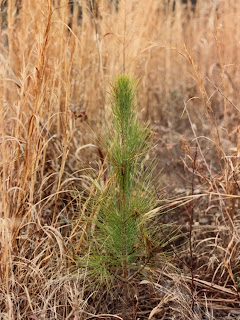 The axe and sling strokes fell repeatedly as the young man fought for every foot of ground. Every tree he cut remained in an upright position as it was matted in place by a tangle of vines and thorns and required chopping into several sections before it could be fully removed. None of the trees was large, but the sheer number of them more than made up for any deficit in size. The very earth itself seemed to resist him as every ragged branch, blackberry brier and vicious cat briar vine tore at him as he pressed forward. The rising sun joined the fight and beat mercilessly down on  him through the thickening humidity. Before noon, he had already absorbed as much punishment as he could stand. His shirt was already torn and his hands were raw. The heat from that point would only worsen as the day progressed and so he paused, shouldered his tools, and turned his face toward home. Turning briefly, he surveyed the small dent he had made in the underbrush. A long road lay ahead.
"Is that the best you can do?"

"Oh, my word!" his mother exclaimed as he walked through the back door. "What happened to you?"
There was little doubt that, for all practical appearances, that he had definitely gotten the worst end of the fight. He was a mess, drenched in sweat and scratched and bloodied on ever exposed section of skin. His mother, trying to understand all that happened in such a short stretch of morning, simply stared in disbelief.
"Um," he began. "Could I have some water?"
His request snapped her out of her trance and she quickly got him a glass of ice water.
"Now, get back there and clean yourself up before lunch. And take your boots off, you're tracking dirt in the house. And...wait...are you bleeding, too? Put some peroxide on those scratches.Your dad is coming in from the garden in just a minute."

During the most extreme heat of the day, the young man remained inside, rehydrated and recuperated from his morning trials. His father brought him his own pair of work gloves to protect his hands and the young man wondered why he had not thought to borrow them earlier. He also traded his torn short-sleeved shirt for a long-sleeved one. He wasn't thrilled at being in the heat dressed in long sleeves, but his arms were taking a beating and needed better protection.  Besides, he never knew his grandfather to be dressed in any attire other than overalls and a long-sleeved shirt regardless of the heat.
He was worn out when he had returned home earlier, but once he had rested and recovered, his youth rebounded and he found himself anxious to return.  He put on his boots again and found his two tools leaning against the back porch right where he had left them. He hoisted them over his shoulder and turned in the direction of the thicket. The path was getting familiar and the journey seemed shorter than previously so it was not long before he emerged on the far side of the barrier.
"Back for more, boy?"
Looking past the small area that he had cleared earlier, he located the top of the closest of the two small remaining pines and used it as a marker. Before he returned home that evening, he decided to cut a path to that particular tree and use it as a starting point to divide the overgrown acre into different sections. He could then, literally, divide and conquer.
He dove, once again, into the fray with the resistance of the wilderness proving just as staunch as before. With his hands and arms better protected that time, his axe swung relentlessly to clear the trees from his path while the slashing of his sling cleared the underbrush away. Into the clearing that he had made earlier, he dragged the cut trees out of the way and began to make a pile.
His target pine tree inched closer. He could see through the tangle that the small area immediately surrounding the struggling pine was spared from the usual overgrowth, likely spared from that fate in part by the thin covering of pine straw on the ground. With a final push, he broke through the last barrier of vines and finally stood at the base of the first of the only two surviving pines. It was likely spared by the forestry crew as it was only a seedling when the thicket was harvested. Long needled pines grow very slowly so the tree was only about forty feet tall and its shape and overall condition reflected its harsh early life. Catching his breath for a moment, the young man looked up to gaze at the sky through its small green canopy. The evening breeze blew gently and he heard the familiar sound of the wind as it coursed through the needles. This small, unimpressive tree was a descendent of the trees from his childhood.  He placed his hand on its slender trunk and stood motionless for a while.

"As they used to say back in the day," his friend observed at school the next Monday. "You look like you just got over a hookworm treatment."
His friend paused for a minute before continuing.
"And then got into a fight with a rabid cat."
The young man nodded in agreement.
"That's kind of the way I feel, too."
"So, how long is this little project of yours' going to take?"
"Not sure exactly," he responded. "But it's definitely not a weekend project. I barely scratched the surface."
"Well," his friend responded with a smirk.  "More than just the surface got scratched, I can tell you that.  All I'm saying is that you might want to consider sponsoring a blood drive before you tackle those cat briars again."

Every Saturday, and any other free day in between, he faithfully returned to the thicket, his boots slowly wearing a well-trodden path in the soft earth.  His silent companions, the axe and sling, were always sharpened and never took a reprieve from the struggle.  They never doubted him, never mocked him and obediently went where he led.  He endured everything the elements could throw at him, whether it was the unforgiving sun, the unrelenting humidity, or even the covert wasp nest tucked into the thick bramble of briars whose angry occupants succeeded in swelling his right eye shut for several days.  He learned from his mistakes, however, and soon observed that cat briar vines have very few thorns near the base and by cutting them there he could avoid many of the injuries they inflicted when he tried to tackle them further up the vine.  He also soon became a self-made expert in the use of an axe.  He learned by experience that cutting straight into a tree did very little except to tend to make the axe bounce off with minimal effect.  Cutting with the axe at an angle, he discovered, was a different story and the blade would then bite deeply into the wood.  His goal became to make every notch a "V" shape and he became very efficient with the tool, even on larger trees.  He became a force to be reckoned with and soon liberated both of the surviving pines as the piles of cut brush continued to grow.

The thin, unassuming boy that first stepped into the thicket began a slow transformation as time passed and the seasons changed.  His shoulders broadened and his arms began to define as he continued to wage war on the beast.  The swings of his axe became a thing of silent beauty and accuracy which most men and their modern saws could never duplicate.  He was alone in that secluded place, and yet no longer lonely.  He never spoke but his ears were filled with the sounds of the music of the breeze.  The laughter and the taunting were gone and replaced instead by the silent tribute of the liberated pines.  No longer did he gaze at the ground at school.  His trials had earned him the right to look everyone in the eye, and to understand that everyone, no matter their status, was fighting his own battle.  But, he was determined to win his.

He could never quite recall the exact day when the final blow from the axe fell, or when the last tree was piled on top of those cut earlier. The day he first stepped into the thicket remained etched in his mind, but, in the end, his memory only preserved the image of him standing in the midst of his acre, the stumps of the old trees now clearly visible across the cleared thicket floor with the two survivors swaying in silent tribute to their fallen companions from another time.  Not a single cat briar remained in opposition. On that early spring day, before the forest had erupted in its new shade of green, he ignited the base of each of the brush piles and watched as orange flames soon erupted and consumed the dried brush in swirling infernos. In only a matter of minutes, the remains of his past opposition were completely consumed, leaving behind their ashes to fertilize the new generation of pines.

He had saved his money to purchase the Improved Slash pine seedlings and so he purchased one thousand of them as that was the smallest amount that could be ordered. He remembered being particularly excited upon their arrival from the forestry service and he sat for a long time with the healthy, young plants and enjoyed their turpentine scent that he would soon return to the thicket. Packing them gently, he grabbed his axe and travelled once more along the well-worn path. Upon entering the now subdued acre, he could still detect the scent of burnt wood made more prominent by a recent rain shower. He then carefully marched off distinct rows and, at exact distances, drove his axe head into the soft earth. Into each of those slits, he would then place the roots of a pine seedling and gently close the earth around it. One tree at a time, in a continuous methodical manner, the pine thicket was replanted.

To this day, the trees still grow there exactly as they were planted, although no evidence remains of the struggle that bought them their new home. Growing trees is a slow business and so the young man was never able to fully enjoy the mature and fully restored pine thicket from his dreams before the winds of life took him away to continue his journey elsewhere. But he never forgot the lessons learned there and never passed up an opportunity to tell the story. Whenever asked if he was disappointed that he never got to enjoy the full benefits of his labor, his answer was always the same. He had come to fully realize that clearing that single acre by hand, as life-changing as it might have been, was never really for him. His hope was that somewhere, much like himself, there would be a child in much need of an acre of peace, and that the restored pines in all of their majesty would find their way into his dreams.

The lone B-17 struggled to remain airborne. The pilot, Jim Franklin, checked the number two engine just outside the window to his left ... 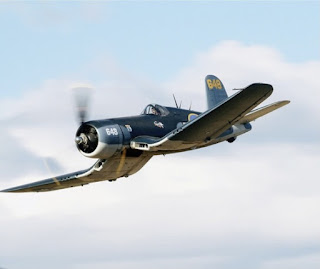